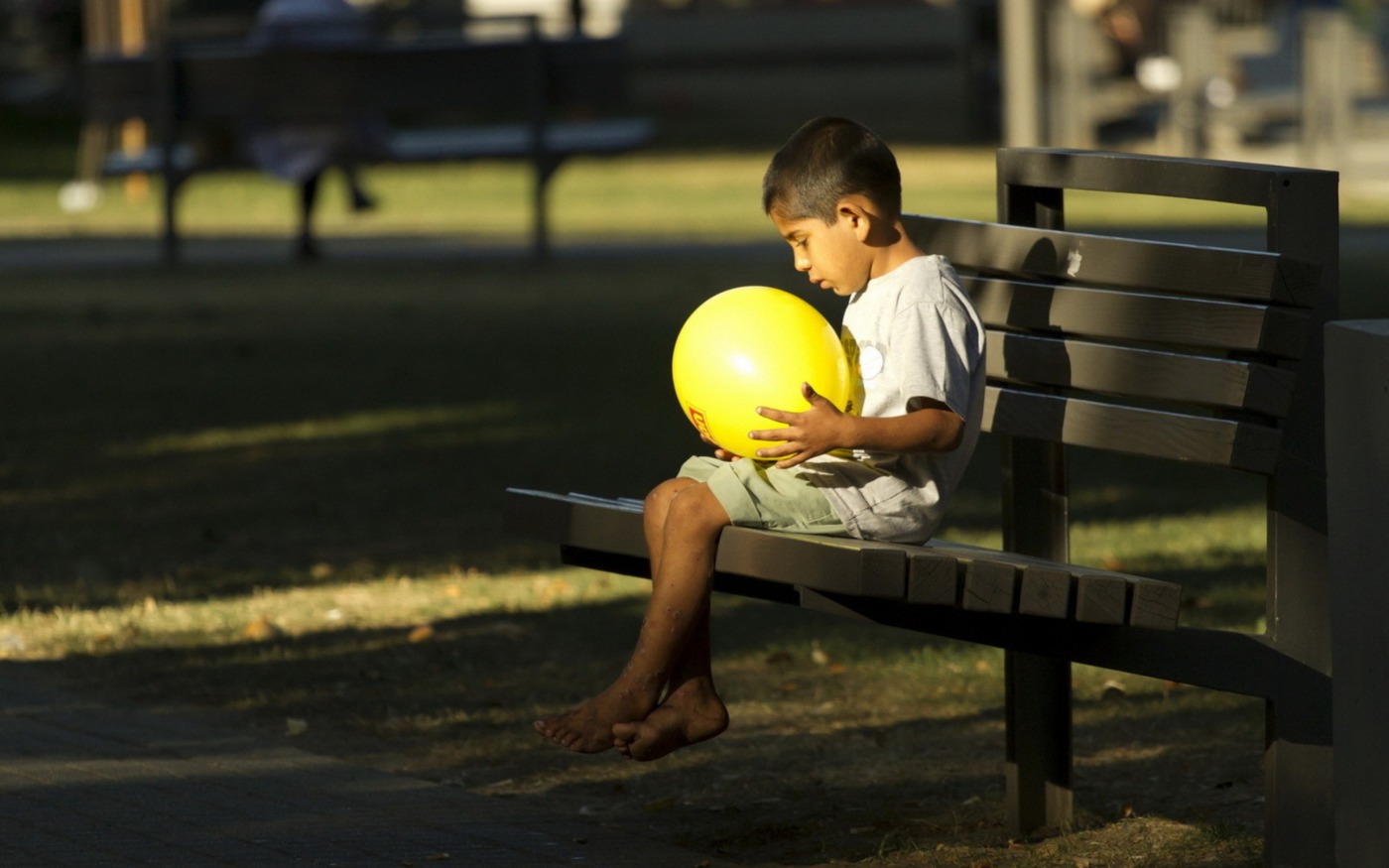 I was waiting for a friend, we had plans to have coffee together. I decided to sit outside and wait for her. He looked beautiful, innocent. He was sitting on the bench across the road , must be all of 9 or 10 years. Same age as my boy. Almost the same built, dark hair and deep eyes. Sitting on the bench he watched people pass by. What was he observing ? What did he first notice on them as people walked past him in a rush , some on the phone and some pretending to be on the phone, some rushing with a purpose and some without. It’s not strange why no one observed him. Was it because he has no shoes on him or was it because his t-shirt was too big for him. or was it because he sat there without a purpose ? He seemed lost maybe disillusioned. His hopeless eyes sought nothing it seems. Briefly troubled by a fly as it was hovering his head for quite some time now. Tired , he stopped moving his hands to shoo off the adamant being . He gave up on the fly but the fly was in no mood to. They became friends it seems.

The wisdom in his eyes didn’t match up with his age. He stood up to stretch and to scan the dustbin near by. He picked up a thing to taste it and threw it back inside. He searched again and then discovered a half eaten banana. The earth below me was shaking or was it me ? I had shivers and tears rolling down my eyes. My boy would be in school eating his healthy lunch at this time. So, why is this boy less deserving ? We may name destiny, karma or fate ? He doesn’t belong here and why just him and million kids like him surviving this irony called life.  We went in as my friend arrived and sat down for our coffee, my eyes still on him as I chose to sit by the window. Saw him playing with a broken toy which he must have discovery next from the shacks he scanned. He seemed happy and contended. I couldn’t eat a morsel fearing what if the boy outside spots me  enjoying my sandwich. I felt ashamed eating.

I directed my driver to come across the road. I stood close to the bench he sat on as he continued playing oblivion to my presence. He made roaring sounds with the broken car. Don’t all kids play alike , all have small little hopes , all expect a little love and attention except for this one boy on the bench. I couldn’t gather courage to approach him or even look at him. Though I wanted to sit and talk but I didn’t. I wanted to ask his name but I didn’t. Why ? What was I ashamed off ? He looked at me for a few seconds and then looked away. I must give this to him before my car arrives I thought . I held out the box to him and said ” this is for you”. He stood up and stared at me. “Some food for you in this box, please eat”. He took the box with a wide grin and his smile reached his eye. As my car rolled up on our side and I was getting in he asked me my name -” Preeti ” I said. He folder his legs and sat back on the bench to open the box and shouted “Aur main hoon Srikanth”(and my name is Srikant) and waved me an animated bye. He must have sat there since morning with some amount of wamble in his stomach but what kept him contended ? What kept him going each day, what did he expect from life each day? He did not beg around for food as if he expected nothing from the world around him it seems. Moreover, he wasn’t ashamed of asking my name. His name and his life state didn’t agree . ‘Srikant’ – which means lover of wealth and fortune.

Sympathy was what I felt for myself after meeting Srikant. Antithetical is life.

4 thoughts on “The boy on the bench”